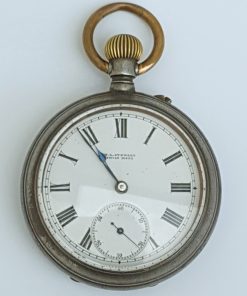 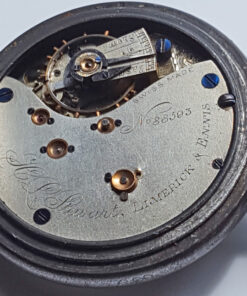 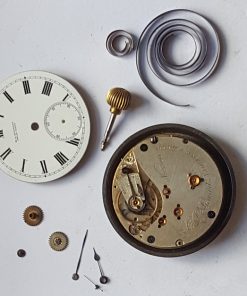 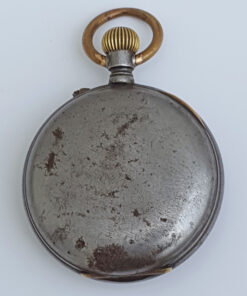 I have listed the watch as Stewart Limerick Ennis Pocket Watch because it may have been sold from either of two H L Stewart and Sons shops, George Street Limerick or Abbey Street Ennis.

The watch is in a quite small steel case. The outside diameter of the case is just 47 millimetres.

The Swiss movement has been overhauled with a new mainspring.

A very rare example of a late nineteenth or early twentieth century watch retailed by a well established jeweller operating in Limerick and Ennis.

The dial is marked H L Stewart, Swiss Made and the back plate is engraved with H L Stewart Limerick and Ennis,

The internet shows some information about Henry Law Stewart

His silver makers mark, the initials, HLS was registered at the Dublin Assay Office in 1889.

He is known to have had a shop in Church Street Ennis in 1892 and the H L Stewart & Sons shop is listed in Abbey Street, Ennis in a 1931 trade directory.

His occupation is given as goldsmith and Jeweller, likewise his wife: His eldest son, Joseph is recorded as assistant jeweller.

The 1911 census records the family at number 104 George Street where he seems to have remained until his death in 1916. Various silver smiths, jewellers and clcockmakers occupied premises in George Steet at that time. 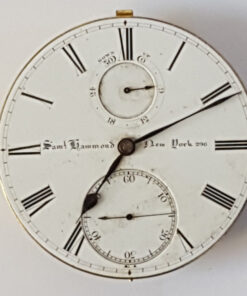 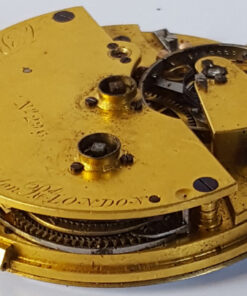 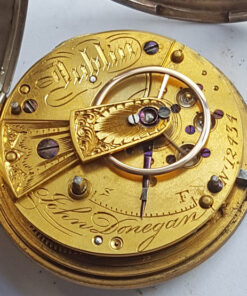 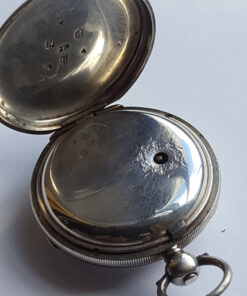 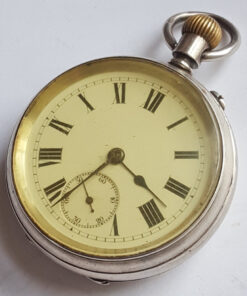 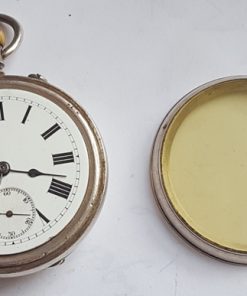 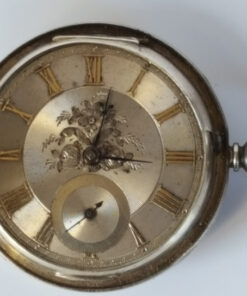 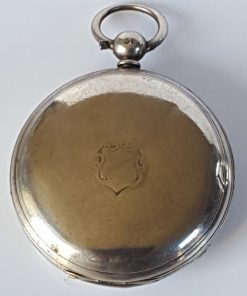