Antique pocket watches could mean any watch over 100 years old. That makes it technically an antique. It doesn’t mean good quality; watch makers have always made their products to suit the available market. 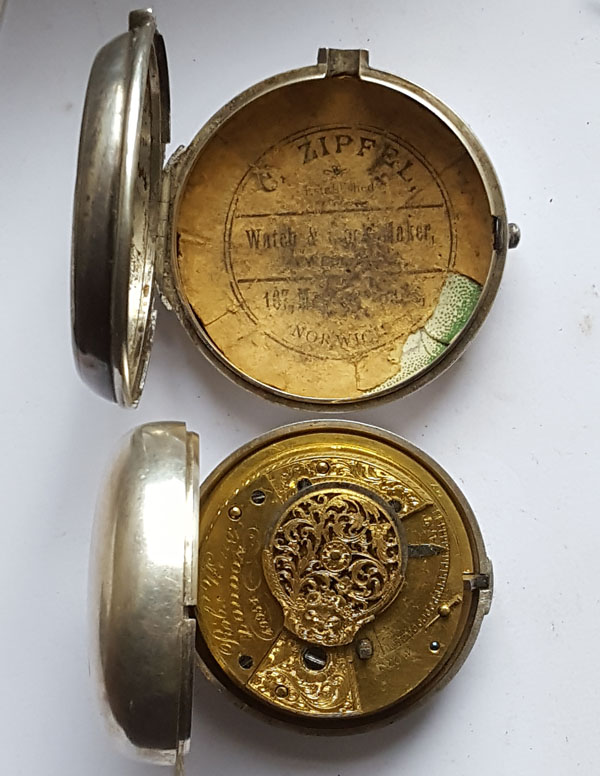 Up to early 1800s – Verge escapements

With chain and fusee work which evens out the driving force from the mainspring. Hand-made for the monied minority.

On the left a pair cased verge watch by a Norfolk maker. The case bears the leopard head hallmark for London, with the date letter for 1791.

The repairer (who happens to have been my great grandfather Charles Zipfel, has left his label in the outer case.

Watches of this type usually have ornately engraved balance cocks which protect the balance wheel and hairspring. 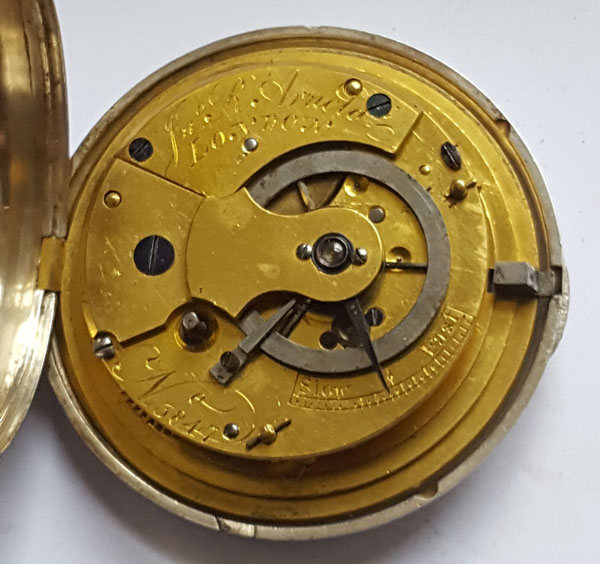 The introduction of the cylinder escapement  in late 1700s was an improvement that was widely adopted by continental makers through the 1800s.

On the left, a rare and valuable early English cylinder escapement watch by John Roger Arnold. This is Arnold No. 3847, simple, even austere but perfection nevertheless.

It has survived with the original cylinder intact; theye were often converted to lever escapement. 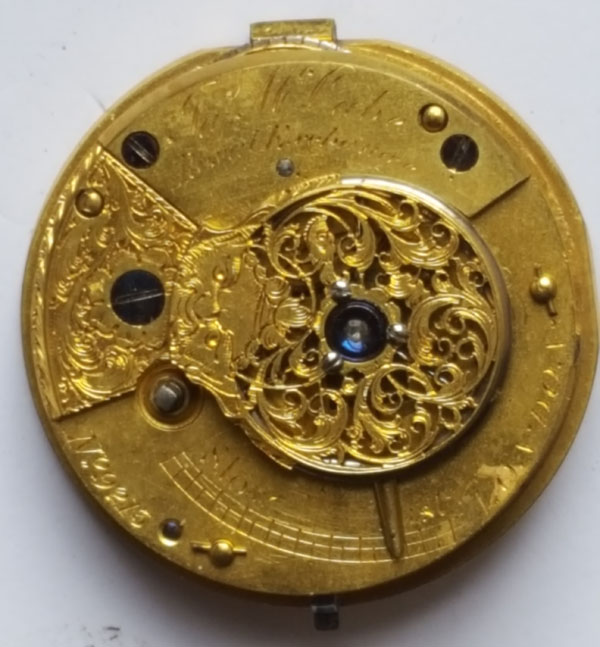 English Lever Escapement early 1800s until the turn of the century

Actually developed in the mid-1700s in the search for accuracy in marine chronometers it was subsequently widely adopted in preference to the verge, still with a fusee until late in the 1800s.

The example shown on the left is by a good London maker, James McCabe, who was working at Royal Exchange from 1811 till 1868.

The diamond endstone in the balance cock is a sign of quality craftsmanship.  Most watches of this period are engraved with the maker;s name and place of work and quite often with a serial number. This one is No. 9213.

The balance wheel is plain (i.e. not temperature compensated)

The Swiss Lever Late 1800s into the 20th Century

From the late 1800s therapidly growing market was dominated by Swiss makers with the Swiss lever escapement being the standard. Temperature compensation and jewelling became standard for such watches.

On the right, an Omega movement in a watch marketed by Ganter Bros, Dublin. By then, precision engineering in factories had replaced the hand craft work with consequent cost saving for manufacturers such as Omega and Longines.

The Roskopf pin pallet movement was introduced in 1867. It was used in cheap mass produced pocket watches (and alarm clocks) up to the 1970s. A very good watch for the novice to learn the basics on. 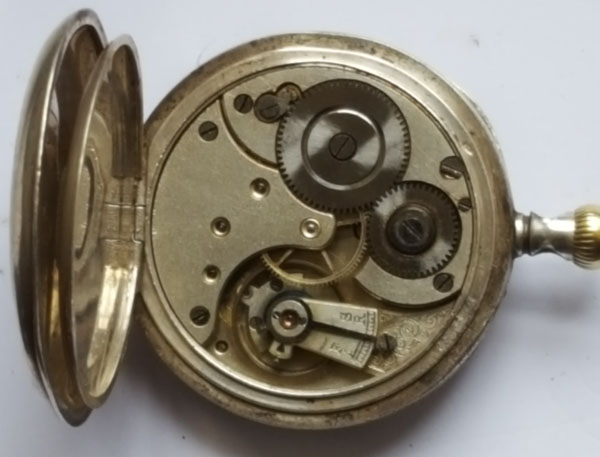 February 18, 2023
Everything you need to know about our Courses