Skip to content
View cart “Victorian Lady’s Chair” has been added to your cart.
Add to Wishlist 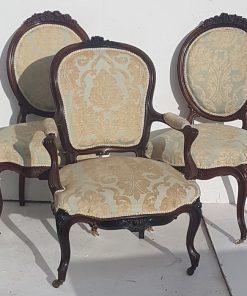 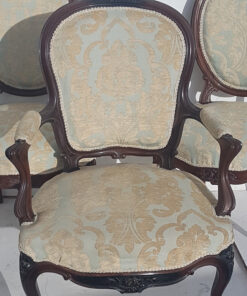 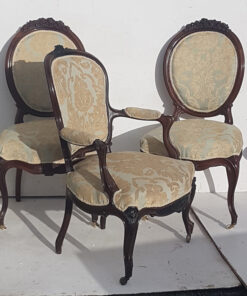 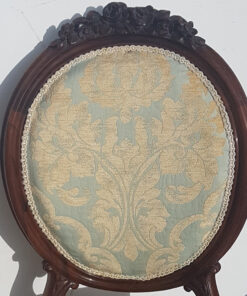 The natural resources of the Amazon basin was exploited from the eighteenth century. Rosewood was exported to Europe  (mostly England) from about 1830 until mid-century It enjoyed a comeback from the end of the nineteenth century until the First World War as the European influence penetrated deeper into the interior.

,Another similar Dalbergia species, Kingwood was more available to the French furniture trader so In French chairs Rosewood is uncommon (The vernacular name, Rosewood, derives from the characteristic smell of roses when the wood is cut.

The characteristic Louis XV back on this fine chair leads to the conclusion that it is from the earlier Rosewood period. The carving of the floral motifs and ribbon-work is of the highest quality.

The two side chairs included are not exactly of the same but have a strong similarity. They have also been completely re-upholstered in the same fabric.

There is no doubting the quality; the wood-work is in original condition with a rich mellow hue and good patina finished in a light rub of French polish.

The newly sprung seats and backs have been finished in a large pattern, fire retardant treated upholstery fabric supplied by Ross Fabrics of Leeds

Dimensions of the armchair: 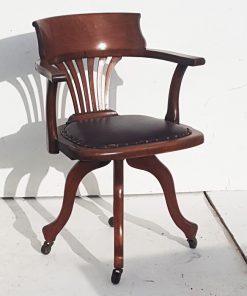 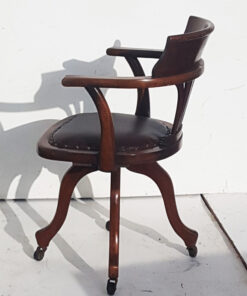 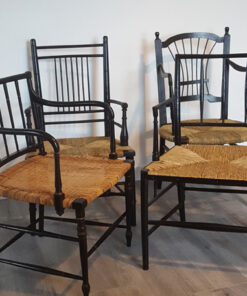 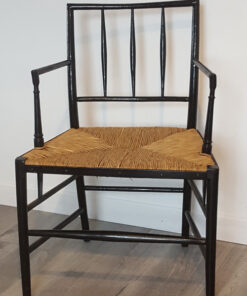 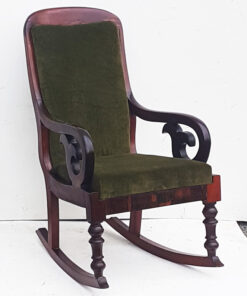 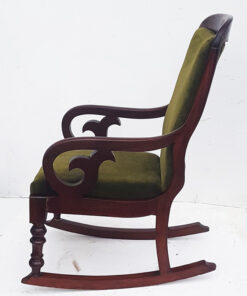 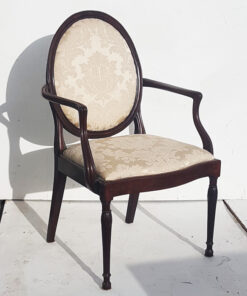 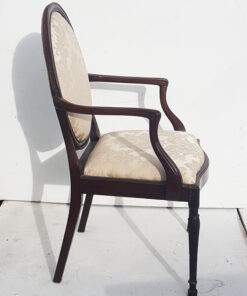 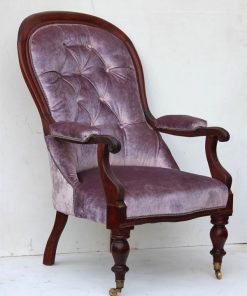 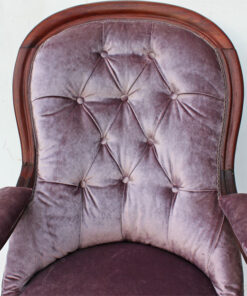 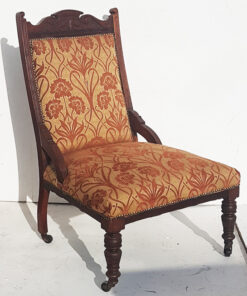 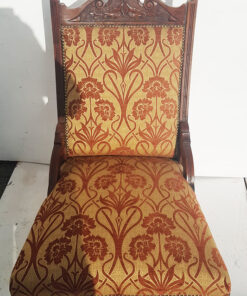 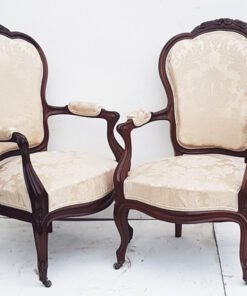 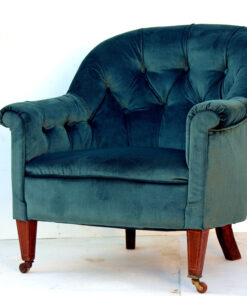